Home > Active Travel > Surfs Up! 8 Surf Retreats Around the World to Hang 10
1
Search

Whether you are an experienced surfer or you just want to learn how to surf, we recommend these 8 surf retreats around the world!

Surfing has fast become a growing sports trend in wellness travel, and it’s no wonder. Few other sports offer a balance of serenity and thrill quite like surfing.

Meditating on the water and preparing for the ocean’s unfettered power is a feeling like no other. Plus, surfing pairs beautifully with wellness travel—some surf retreats focus purely on surfing while others throw yoga into the mix in addition to cultural experiences and adventure excursions.

Eight Surf Retreats Around the World

From untamed coastline and off–the-grid accommodations to basking in sunshine and luxury, we’ve rounded up the best surf retreats around the world—that also cater to every skill level (no excuses, novices).

So, lather on sunscreen and practice your shaka salutation! Here are our recommended 8 surf retreats around the world where you are sure to catch waves.

The first stop on our list of surf retreats around the world is Bodhi Surf + Yoga, a sanctuary of serenity for surf and yoga enthusiasts. This laidback lodge is situated along Costa Rica’s southern Pacific coast, off the beaten path, in the quiet town of Uvita.

Bodhi claims that what sets their award-winning lodge apart from other surf schools is their skills-based approach to surfing.

Fun and relaxation are the primary goals at Bodhi Surf + Yoga. But the team is dedicated to developing participant’s skills and equipping them with the knowledge to become truly strong surfers.

In fact, over the years of teaching, Bodhi instructors found that merging the teachings of yoga and surfing yielded remarkable and unbeatable results on the water. The symbiosis of yoga and surf form the foundation of the Bodhi experience.

Grab your board and hit the waves on one of the world’s most scenic beaches. You may even catch a glimpse of a humpback whale as this part of Costa Rica is famous for their whale sightings.

Next up on our list of surf retreats around the world is the Nicaraguan surf haven, Malibu Popoyo Surf Eco-Resort.

Malibu Popoyo is a luxury boutique hotel situated along the southern Nicaraguan coast in Popoyo, a relatively small and easygoing beach town.

Popoyo is famous for its A-frame surf. Its prime location attracts tourists from all over the globe; it’s located steps from the Pacific Ocean and neighbors 10 world-class surf breaks, catering to all surf levels.

Malibu Popoyo has you covered if you’re in need of lessons.. A stay here includes surf guidance, daily yoga class and three organic meals per day.

The retreat’s goal is to immerse guests in culture, nature and vitality so that all visitors leave feeling fulfilled, full of life and with a greater sense of serenity.

Montage Hotel is seaside luxury at its finest. The hotel sits along the rugged bluffs off California’s coast, overlooking rich turquoise waters.

California is often hailed as the best surf state in the contiguous U.S., offering swells year-round along its impressive 840 mile-long coast.

Among the countless coastal towns, Laguna Beach stands out from other SoCal cities for its topography. The area is rife with coves and beaches that lead to sea caves, natural tide pools and ocean side bluffs.

As for the local surf scene, Brooks Beach is a staple and often revered as Laguna Beach’s best surf spot. It’s most ideal for goofy-footed riders, as this area typically generates long left-peeling waves. But be aware of the rocky reef underfoot.

Rockpile Beach is another recommendation—for experienced and courageous riders, though. It’s not called Rockpile for nothing—jagged rocks jut out from the ocean and sand at this surf spot.

The many rock formations create tide pools, which can make the surf a bit tricky, but the take off and potential for speed down the line makes this area worthwhile.

Be advised, the terrain of Brooks and Rockpile Beach warrant a pair of water shoes.

Add these top Cali beaches to your must-surf list and check them off when you stay at the Montage. Learn more about the luxury seaside Montage Hotel and additional offerings, like its state-of-the-art fitness facilities and spa services.

Welcome to Mexico. Present Moment Retreat is our south of the border surf retreat that is a charming and chic award-winning boutique hotel located in a secluded surf haven known as Troncones.

A passion for surfing is rooted in the fabric of the Troncones community. Despite the influx of travelers that venture to the area, it remains unscathed from tourist takeover.

You’ll find the beaches and surrounding area are undeveloped and uncrowded, allowing visitors to truly slow down, disconnect and unwind.

Due to its variety of surf breaks, including sandbar, beach and point breaks all within close proximity to each other, Troncones is often considered to be one of the top surfing destinations in Mexico.

Paddle in for a surf break, and take advantage of Present Moment’s additional offerings, including meditation and yoga classes, spa treatments and healing arts therapies.

If you’re looking to get amped with adventure, Present Moment offers that as well—from surf-yoga excursions and horseback riding to hiking caves and waterfalls, a myriad of adventures await.

Next up on our surf retreats around the world, we’re heading on over to Quinta Camarena where beach vibes meet rustic charm. Quinta Camarena is a quaint and cozy resort, tucked away in a pocket off of Portugal’s southwestern coast.

The resort offers quick access to hiking trails and its coastline, which is famous for remarkable surf breaks. In fact, the largest wave ever recorded was surfed about 186 miles north of Quinta Camarena, in Nazaré.

But don’t worry, the surf isn’t as wicked here as it is in Nazaré. You can still expect challenging waves while staying at Quinta Camarena, especially in the winter months. Summertime typically offers waves much more tame and ideal for novice surfers.

Long Beach Lodge Resort hugs the western coastline of Vancouver Island, known for its remote coastal communities and untamed beaches. Rugged cliffs and trees to the east and rolling waves to the west converge at the shore line on Tofino’s coast.

Surfers gather from all over the globe to this surf site. After all, it’s the surf capital of Canada.

Wintertime produces the largest waves. Yet despite the cold and gloomy weather, winters are rarely harsh and the water temperatures remain consistent. Long Beach Lodge Resort is a multifaceted spot, offering something for every type of adventurist: hiking rainforest trails, checking out the nearby hot springs, kayaking, fishing and  so on.

No matter what season you visit, you can’t go wrong. Long Beach Lodge Resort is located in a magical and otherworldly destination that’s sure to impress year-round.

Talk about becoming one with nature. Our second stop of surf retreats in Nicaragua brings us to the award-winning and secluded Verdad Nicaragua Beach Hotel.

This off-the-grid boutique hotel is a hidden gem along a piece of untouched coast, and lends itself to the most idyllic scenery of the region.

The hotel itself sits atop the Nicaraguan hills, overlooking the stretch of emerald coast, which offers year-round surf. San Juan Del Sur is known for its consistent breaks and swells in Central America, ideal for all experience levels.  Advanced surfers can catch the biggest swells in the spring and summertime. For starters, stick to the winter months.

Surrounded by the tropics, the area is home to a variety of wildlife species including howler monkeys, sea turtles and a diverse population of birds. Oh, and we weren’t kidding about being off the grid. Verdad Nicaragua Beach Hotel offers carbon filtered drinking water and 100% solar powered electricity.

Skip on over to the Four Seasons Resort Palm Beach in Florida where refined sophistication meets laidback relaxation.

The Four Seasons offers a luxury escape for all visitors. Expect to decompress and take well-being to the next level at this five-star, five-diamond resort.

Lounge poolside, hit the yoga mat or experience peace with their spa services. When it’s time to bust out the board, the Four Seasons at Palm Beach offers private beachfront access for an exclusive experience on the Atlantic coast.

And if you’re looking for a local hot spot, twenty minutes north of the Four Seasons resort is Palm Beach’s Reef Road. It’s a famous surf destination and a must-visit for wave riders. Reef Road is arguably one of Florida’s best surf spots, with waves maxing out around 15 feet.

Location, landscape and vibes of our 8 surf retreats around the world may vastly differ from one another, but they each deliver unparalleled relaxation, awe-inspiring scenery and gnarly surf breaks.

Don’t forget, when you’re ready, we’re here to help. Vacayou’s concierge team can assist in planning and booking your next surf excursion. 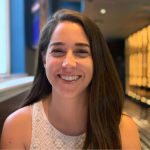 Mariel is a Tampa, Florida-based writer and content marketing professional, with experience in integrative health and HR industries. Her passions include creative writing, fitness and travel. Although cautious by nature, she regularly seeks to push her limits and step outside of her comfort zone. Backpacking Western Europe, running a half marathon and skydiving have been her most thrilling adventures. Mariel is an alumna of Florida State University, where she studied Creative Writing and Communications. You can find out more about Mariel by connecting with her on social. 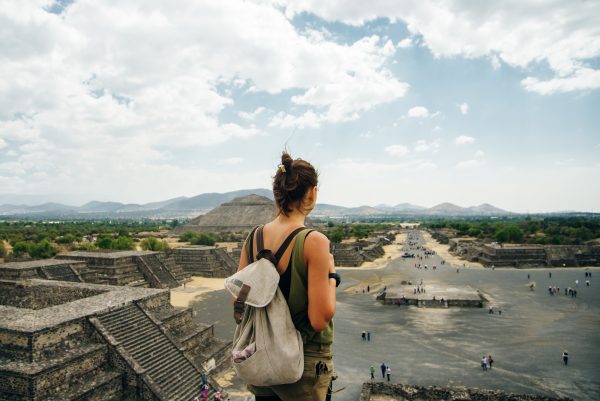