Home > Featured Trips > Miraval Berkshires: Finding Yourself Among the Horses and Hay
0
Search
Share the article:

Wait—horses? At a destination spa and resort? Yes, very much yes.

Horse encounters are a core component of the “Life in Balance” philosophy at the quintessential New England-styled Miraval Resorts and Spa in the Berkshire Mountains of western Massachusetts.

A unique offering among spa destinations, the Equine Experience program was first established at Miraval’s Tucson property 25 years ago with the idea that learning to communicate and work with horses would be an exercise in mindfulness and self-discovery.

Wanting to challenge myself and overcome my fear of horses, I had attempted to take an Equine Experience class in Tucson several years ago but wasn’t able to secure a spot since the sessions are very popular. (I signed up for ziplining instead, which was just as intimidating to me and ultimately amazing).

Apprehensive but still curious, I jumped at the opportunity to visit Miraval Berkshires on an overcast but warm autumn morning to take part in the “Journey to Self” horse experience.

After leading me, my pilates instructor Martina Sprague and another guest to the stables, horse facilitator Jen Leahey explained that we would be embarking on a symbolic  “hero’s journey” by leading a horse through a spiral labyrinth obstacle course.

The journey, of course, is modeled on classic works of literature like The Odyssey and Dante’s Inferno, but also pop-culture books and movies such as Lord of the Rings, Harry Potter, The Wizard of Oz and Star Wars.

In these stories, the hero typically is forced to leave home and is guided through a journey by a mentor, faces a number of challenges, temptations and setbacks, but ultimately is transformed and returns home as a more-evolved person.

Transformation and evolution are just the ticket at Miraval Berkshires.

First, Jen had us do a silent meditation to focus on a personal challenge we wanted to face in our journey. We were to write the challenge down on a piece of paper that would be placed in a pouch under the horse’s neck and would travel with us as we moved through the obstacle course and into a corral that contained a burning cauldron.

In the spirit of autumn, we were then to retrieve the paper and burn it in the cauldron and thus release ourselves from the challenge. Had we been taking the two-hour class in the spring, we would have focused on planting a new intention.

Martina bravely volunteered to go first. She carefully approached Maple, the rescue horse who was to be our guide, from the side and shoulder as instructed by Jen. Horses can’t see you if you stand in front of them because their eyes are on the sides of their heads.

Jen had told us that our goal was to get the horse to work with us and acknowledge us as the leader, which, since horses are natural followers, would make her feel safe.

But Maple was having none of it. Martina tried pulling gently on the reins, while Maple ignored her and continued intently munching on her breakfast of hay. When Jen asked Martina why she didn’t want to pull the horse away more firmly, Martina replied, “She’s hungry. I understand that. I’m hungry, too.”

Eventually, and with persistence, though, she was able to overcome Maple’s resistance and lead her around the barn through a large metal ring, a shower curtain and other obstacles before moving to the cauldron and burning her written challenge.

I went last, having proclaimed my anxiety about the experience multiple times. But having watched the other two women encounter difficulty getting Maple to go with them, by this point in the session I thought it would be easy—especially since I had the bright idea of talking to the horse and asking for her help.

In retrospect, this was idiotic, although I thought I was being quite brilliant. Jen explained that it wasn’t working because I was asking for a partnership from an animal that doesn’t speak the same language. Ahem, well, yes, I see that now…

In any case, I was finally able to get Maple going with me by pulling hard on the reins—a seeming contradiction since we were supposed to be doing the task together.

We went around the obstacle course with little incident, and Jen even said I turned the horse beautifully when Maple didn’t follow me as I wanted. I slipped once when Maple tried to high tail it back to the hay, but held my ground and led her to the cauldron where I released my challenge.

Afterward, my heart was racing with a combination of anxiety and exhilaration as we discussed our journeys. Magically, all three of us felt transformed by our brief but powerful joint experience and having such a small group had allowed us to readily bond with one another so we could share our innermost feelings.

Martina remarked that Jen had created a very safe space for the three of us and she appreciated the idea of psychologically releasing yourself from challenges and troubles through the exercise.

And it turns out the exercise actually had a lasting effect on her: In the weeks after the experience, Martina told me that she felt lighter and more mindful of her feelings.

She began asking herself when she got upset, “How is it serving you to hold onto these feelings, this anger, this resentment, this episode?” In most cases, she realized it wasn’t serving her well, which allowed her to let go of the negative emotions more easily.

For me, the experience was profound in that I was able to conquer my fear of looking like a fool in front of others. My written challenge was to participate in the exercise even though I was very scared of the horse and afraid of looking and being incompetent.

I often avoid doing physical activities because I don’t feel confident about my physical prowess and appearance, and I worry too much about what others will think of me.

And yet, others are in the same space usually—as we discovered that day—and they’re far more concerned about their own challenges than taking the time to label me a buffoon.

That’s a powerful lesson, I’d say. I still don’t want to go horseback riding and I am still scared of horses—they outweigh us ten times over and Maple’s head was huge—but I felt the connection, both with the horse and with the other women.

I might even be inclined to try some of the other Equine Experiences at Miraval Berkshires, which include one where you paint on the side of a horse, using it as your canvas: I’m an artist as well as a writer, so you’re talking my language there!

Note: Thank you to Miraval Berkshires for hosting the writer and Martina Sprague to experience the resort. 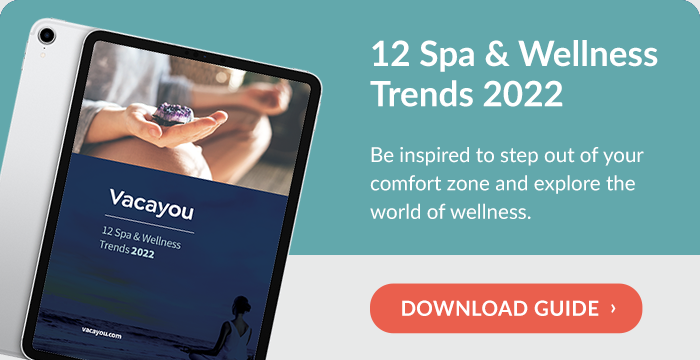 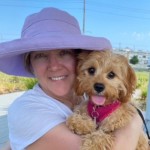 Nancy Monson is a Connecticut-based writer who specializes in spa and wellness travel. She approaches travel writing from the perspective of a wellness coach, novice outdoorswoman and textile artist, writing about spas, wellness and creativity, diets and dogs. Her work has been widely published in magazines like AARP The Magazine, Bottom Line Personal, Costco Connection, Shape and USA Today Go Escape, as well as AmericanWay.com, Fodors.com, Forbestravelguide.com and NextAvenue.org. 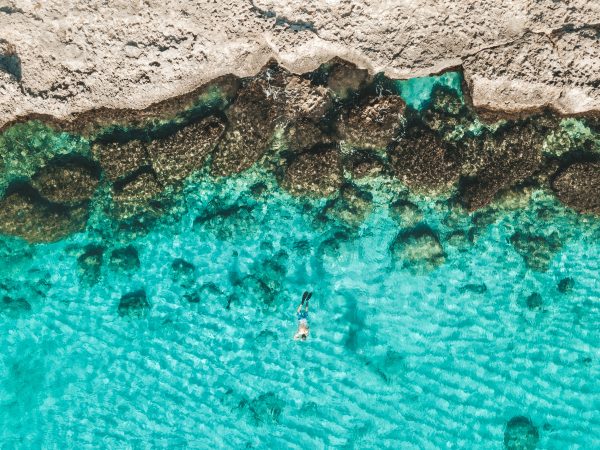