Understanding that you’ll encounter different beliefs and practices which may even be the opposite of your own is an important component of, as Andrew Zimmern says, being a traveler and not a tourist.

Respect for local culture while traveling manifests through how to dress, gestures to avoid, how to greet people and even how to receive a massage or wellness treatment.

In the before times, I toured Guatemala which was not on my travel bucket list but I found an amazing air deal so decided to get up and go.

Like most travel experiences, there are incredible exploring opportunities no matter where you’re dropped on the globe.

The locations in all the guides are breathtaking from Tikal to Lake Atitlán to the Sunday market in Chichicastenango, which even the locals call “Chi Chi” but I love the full name. Chichicastenango.

Thinking of drivers of overly decorated busses with double exhaust pipes running up the back headed back to the capital city yelling “Guate! Guate! Guate!” always makes me smile. Chicken busses, they’re called, as there’s always a lady with a chicken aboard.

In Antigua, after hiking and touring, it was finally time for a massage. My masseuse, a Mayan woman, led me to a spartan room which held a massage table and her tools of the trade and a sink.

The usual custom of being left alone to undress and lie under the blanket ensued and she started on my back as expected.

I entered a semi-conscious zen state and felt her start on my right arm … wrist … palm … index finger… then she sharply CLAPPED her hands and I about jumped through the ceiling.

She then resumed on my middle finger and, CLAP!

This time, though, I watched her and after the clap, her arms spread like she was swimming the breaststroke.

Now expecting the gesture, I returned to a relaxed state as she repeated the clap and gesture each time her hands moved to my hands and feet.

Wanting to know the reason behind this I was tempted to cobble some Spanish together and ask her but I very well could have mistakenly inquired where the library was and received a dumbfounded stare in return.

So the first thought was Google is my friend and will tell me. Google was not my friend.

Eventually, I struck up a conversation with a restaurant owner who said that she was redirecting my spirits away from her.

Interested in learning more, I reached out to Marcelo of Lake Atitlán Vibes. He has obtained his “Reiki Usui System of Natural Healing” Level I, II Advanced and Master and Zen-Shiatsu and Reflexology and believes that there is universal vital energy through which our bodies can go on a path of harmony between the physical, the mental, the emotional and the spiritual.

Each practitioner, he explained, must balance his or her own belief system with formal training to create a unique therapy. Hers, he said, was rooted in traditional Mayan culture.

“The gesture of the woman who struck the palms of her hands is like wanting to ‘dismiss or expel that energy’ that your body left so that it supposedly does not adhere to hers.”

Asked about his thoughts on energy transfer, he said, “If I believe that energy is everywhere, perhaps I would understand that this gesture is somewhat useless.

For my part, I do not believe that there is negative energy and positive energy but how we feel and interact with it.”

Which leads to how two people’s spirits interact with each other even in the commercial relationship of an hour-long massage.

Which led me to reevaluate my experience. Perhaps my initial reaction was, yes, due to the sudden noise but also could be turbulence from our energies not initially being in harmony.

My mindset for the rest of the hour was certainly altered as I thought about all the reasons for the action and wanting to understand the belief system behind it.

Her actions must have been at least slightly different for me, a white man, than for women or Guatemalans and adjusted accordingly so our energies could exist in harmony while together in the room.

Upon completion she clapped a final time and quickly left then I never saw her again but she clearly left a mark on me.

Of course, not everyone even from the same population has the same belief system nor do some even know why they do what they do.

Marcelo said many just mimic what they see without knowing or because they are told thus do things out of ignorance.

However, I felt there was a reason and purpose behind her emphatic movements and it wasn’t a showy act for a tourist.

“In truth, I believe that they are gestures sometimes with foundations of their beliefs and teachings, others more metaphysical and in others repetition of gestures with a certain touch of ignorance.”

Share your story of how culture, travel, wellness and metaphysics interact for a chance to be featured in our series on spiritual retreats. Contact our Managing Editor, Kristina Smith at kristina@vacayou.com. 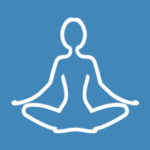 Vacayou magazine inspires, motivates and educates the wellness traveler by delivering content to a like-minded community. Our team of talented writers is knowledgeable and passionate. By sharing their wellness experiences and travel expertise, they empower our readers to blaze their own trails. 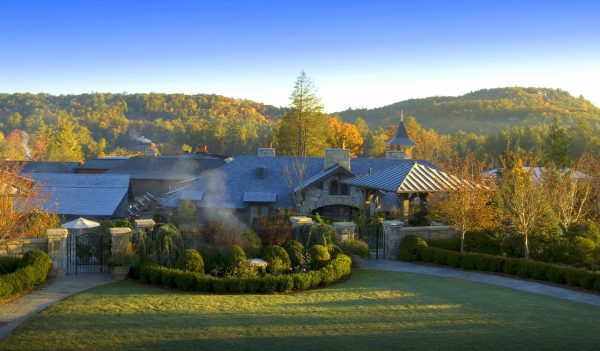