It shouldn’t be a revelation that spending time in nature is beneficial to your health. According to a recent research paper by the University of Minnesota, “…exposure to nature not only makes you feel better emotionally, it contributes to your physical well-being reducing blood pressure, heart rate, muscle tension, and the production of stress hormones.”

Now there’s the option of a “green prescription,” a doctor’s order that spending time in nature is the best medicine and can be a solution to many things that ails us—like anxiety and stress, and could be a benefit to those who have depression, heart conditions and diabetes.

Our very being, essence, health and happiness depend on Mother Earth.

And The Journal of Leisure Research recently notes that park prescriptions are a grassroots movement which began in the U.S. over 10 years ago. The focus back then was to encourage medical professionals to widen their options to consider alternative therapies like prescribing a patient to spend time in nature as a way to resolve a health issue.

Skeptics say this is a way for researchers to push a specific agenda. But considering a new approach to help individuals achieve their health goals using the great outdoors instead of relying on one solution to heal doesn’t seem like a misstep.

According to ParkRX America, there are several reasons citing Mother Nature as the best medicine. Research confirms several examples to make a convincing argument of its benefits, such as:

With these benefits in mind, it may be time to discuss with your doctor or health care provider a nature prescription or consider writing your own green prescription.

According to the U.S. Center for Disease Control, even 10 minutes walking can improve your brain function, reduce anxiety and depression, reduce blood pressure and encourage better quality of sleep.

Imagine if that walk came within a forest or park? Many of us rely on the effects of sleep machines that mimic natural sounds. Just think about the accumulated advantage every day to your mind and body of spending time in nature.

I only went out for a walk and finally concluded to stay out till sundown, for going out, I found, was going in.

But the U.S. isn’t the only place embracing park prescriptions. Since 2018, doctors in the Shetland Islands, the Scottish archipelago in the Northern Atlantic, have been able to prescribe spending time in nature to treat a range of ailments and illnesses.

And America’s neighbor to the north has also started to embrace nature prescriptions.

In Canada’s most western province of British Columbia, spending time in green spaces is a common addiction, especially as BC is one of the provinces with the highest percentage of protected land.

With 15%  of provincial land designated as park areas, British Columbia can boast about having more than 1,000 provincial parks (in addition to six national parks), recreation areas and ecological reserves.

In 2021, the province added seven more provincial parks and one protected area, adding to its 14 million hectares of protected green spaces.

With Dr. Melissa Lem, a family physician and Prama Rahman, the Health by Nature program coordinator for the BC Parks Foundation, the PaRx program kicked off, advising patients and prescribers how to use Mother Nature as a prescription through its website.

The recommendation for most patients was to start with two hours a week, 20 minutes minimum outside, as the “…most efficient drop in cortisol happens between the 20-30 minute mark..” This ultimately results in a body’s blood pressure and heart rate returning to baseline levels and the feeling of being less stressed.

But how to encourage someone to seek out a park prescription and make it a habit? Consider this:

My wish is to stay always like this, living quietly in a corner of nature.

The success of PaRx in British Columbia has led to three additional Canadian provinces offering park prescriptions—Saskatchewan, Manitoba and Ontario—to their provincial parks and protected areas.

And in early 2022, the project expanded even further, with Parks Canada, Canada’s national parks, marine parks and national historic sites announcing a partnership with PaRx for three years.

Physicians who are part of the PaRx program can prescribe the Parks Canada Adult Discovery Pass to patients who live close to a historic site, marine conservation area or national park to expand their accessibility to local green spaces.

An initial allocation of 100 passes has been made available to prescribers; the Adult Discovery pass for ages 18-64, is valid at all Parks Canada administered places across the country.

With the increasing evidence of how spending time in nature is the best medicine, there’s also our planet to worry about, too.

Actively encouraging the protection and expansion of green spaces, like forests and parks, not only gives us a place for our own health to de-stress but also increases oxygen and reduces air pollution.

As environmentalist Rachel Carson writes, “Those who contemplate the beauty of the earth find reserves of strength that will endure as long as life lasts.”

Embracing the great outdoors is a welcome benefit to a healthy life.

Have you considered writing your own green prescription? Vacayou’s travel concierge team can help you discover, book and plan your next outdoor wellness retreat experience. 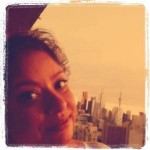 Waheeda has been circling the globe for the past 10 years, visiting six out of seven continents via countless planes, trains, cars, vans, buses, ferries and boats. As a Canadian freelance journalist, she’s committed to writing about design, art, culture, travel, wellness and the people who are passionate about their creativity.