Over the years we have seen an increase in depression, anxiety and addiction. In a fight to achieve better mental health and wellness, many people are looking at alternative remedies and healthier ways to treat such illnesses.

Enter plant-based medicines and rituals using psychedelic substances such as LSD, Ayahuasca and psilocybin. With the right mindset and regimen, microdosing psychedelics can actually help with personal growth and mental health.

How does psilocybin work?

Psilocybin is a hallucinogenic chemical found in certain types of mushrooms grown primarily in Europe, South America, Mexico and the United States. The chemical has been used for more than a thousand years by indigenous cultures for both medicinal and ceremonial purposes.

Over the years, scientists and psychotherapists have experimented with the chemical. They’ve noticed positive effects on their patients’ mental health when taken in smaller (regimented) doses, otherwise known as microdosing psychedelics.

Psilocybin shares a similar structure to serotonin, a hormone that helps to regulate our mood. Because of this structural similarity, psilocybin works along the same pathway. Many antidepressants have been created to make serotonin more plentiful in the brain. And in return, making one feel better.

However, psilocybin works differently. When psilocybin enters your system, it stimulates your serotonin receptors. This leads to an increase in production of brain-derived neurotrophic factor (BDNF). Th BDNF molecule stimulates growth, connections and activity, and increases transmission of glutamate.

Glutamate is the neurotransmitter responsible for brain functions like cognition, learning and memory. Psilocybin also promotes neurogenesis, the formation of new neural networks in your brain. This allows your brain to communicate with other parts of the brain that it normally wouldn’t have, allowing a new shift in perspective.

To learn more about psilocybin, we spoke with Lisa Atlas. Lisa has spent the last few years researching the effects of psychedelics with different dosages. She is currently getting her certification to be a plant medicine facilitator through Third Wave.

The Third Wave program works with coaches who want to add psychedelic education into their existing work while learning about the science, legal barriers and ethical practices.

Since the age of 15, Lisa struggled with severe migraines, cluster headaches and daily tension headaches. She spent years trialing different medications and found herself constantly battling new side effects at each attempt. With no cure in sight, this eventually led to depression, anxiety and social isolation. Three years ago, she decided to look into psilocybin as alternative medicine.

The only side effect I have is that I am noticeably happier.

After a few months experimenting with both micro and macro dosing, Lisa started seeing a significant decrease in her migraines. Her tension headaches were also more bearable. She kept up the regimen and now says that her cluster headaches and migraines have decreased by 90%.

“The only side effect I have is that I am noticeably happier,” says Lisa. “I no longer take my [medication] for ADHD.”

The default mode network (DMN) is a part of the brain that is used for different mental activities, including daydreaming, self-reflection and thinking about the past or future. Psilocybin allows unique connections to be formed by calming down the activity of an overactive DMN.

“That’s the domino effect of thoughts, overanalyzing everything,” Lisa says, “constantly anxious about everything—that’s the chatter in your mind. Psilocybin helps to calm down that mind chatter, allowing you to take a step back and shift your perspective.”

Lisa compares an overactive DMN to a computer with multiple windows open. “When you have a computer that has a million windows open, it tends to slow down or completely freeze, no longer working at an optimal speed or performance,” she says.

“Your mind tends to react in the same way. Psilocybin basically turns off your default mode network, disintegrating and reintegrating everything and basically giving you a reboot effect. Think about it as closing out all your windows and restarting your computer.”

With addiction, it all comes back to your neural network. These neural networks can negatively affect the brain so that things like addiction become a habit. And because you’re getting a reward, you’re not wanting to change the habit.

When you are promoting neurogenesis and forming new neural networks, though, it makes it easier for someone to go down another path and shift perspective to see how addiction is both harmful to yourself and others.

Psilocybin helps to calm down mind chatter, allowing you to take a step back and shift your perspective.

Lisa admits that one of the positive side effects has been not drinking alcohol, which used to be a large part of her lifestyle.

“I have noticed now that it’s much easier for me to make healthier decisions. Not even making decisions per se, but I want to eat healthier and be productive. I want to progress in my life. The motivation that I have is insane. It’s through the roof.”

Over the years, entrepreneurs and famous business personalities have come into the spotlight admitting the use of psychedelics to enhance their creative mindsets, solve work-related problems and to create new concepts.

Steve Jobs, Bill Gates, Douglas Engelbart, to name a few, have had profound psychedelic experiences. Experiences that have helped them to achieve what they have today. Another profound example is Dr. Kary Mullis who credited his 1993 Nobel Prize in Chemistry to thinking about polymerase chain reactions while on LSD.

Is microdosing psychedelics for everyone?

Psilocybin is legal in a handful of cities throughout the United States. Many people liken the psilocybin movement to that of the cannabis movement in the ‘90s. The legal ramifications are very much in flux with a lot of animosity toward who it will benefit most and how people will profit from it.

If you live in an area where the practice is legal, Lisa suggests that you look for a coach who you trust, has experience and has education on the science. They should know how to administer the drug based on your personal situation, which has a lot to do with your mental state and where you are in your mental journey. Most importantly, your coach needs to be extremely stable and grounded.

How does Ayahuasca work?

If you are looking for a “wellness experience” rather than a regimented dosage, Ayahuasca is another alternative approach.

Ayahuasca is a plant-based psychedelic in the form of a tea-like mixture. The active chemical, DMT, can affect people’s senses and have hallucinogenic outcomes.

The plant itself is not illegal. Although, the chemical DMT is a Schedule 1 Drug in the United States. Thus, most people will attend retreats in other parts of the world, such as the Amazon, where Ayahuasca is administered as medicinal brew.

What can Ayahuasca be used for?

Many westerners have used the Ayahuasca ritual to find answers to personal issues they are facing by seeing things from a different perspective. The experience produces therapeutic effects on those who take part in the ritual and opens parts of the brain that are typically shut off due to trauma or similar experiences.

To learn more about Ayahuasca rituals, we met with Simone Mackay, director of Somah Journeys. Simone works with a team of women who offer a 6-day Women’s Ayahuasca retreat at the beautiful retreat center of Munay Sonqo in Sacred Valley in Peru’s Andean highlands.

This women-only retreat is led by Leti Sidris. Additional support is provided by female assistants to ensure a caring space.

“Throughout the retreat, it is with the highest regard and sense of responsibility that we work to ensure a safe, nurturing space. A space infused with trauma-informed principles and awareness,” says Simone. “We do this work with integrity. We honor our role as the gatekeepers with steady hands and open hearts. This creates an environment that allows people to go inward and come out feeling empowered.”

By ingesting the plants, we can be brought back into connection with ourselves and Mother Earth.

Simone adds, “By ingesting the plants, we bring back a connection with ourselves and the earth. Mother Nature offers us profound gifts. When we receive these with reverence, it helps us uncover our true nature—which has been clouded and shaped by outgrown habits, conditionings and intergenerational trauma.”

People who have participated in the retreat claim that the equivalent of years of therapy happened within just a few days. They were able to move into deep explorations and come into connection with the earth and her wisdom. Leaving participants feeling transformed and empowered.

“We’ve had women reclaim their bodies and grow into more true versions of themselves. In addition, they find they bring more love, patience and care to their relationships including motherhood,” says Simone.

Looking for the right spiritual retreat? Vacayou’s travel concierge team can help you discover, book and plan your next meaningful experience. 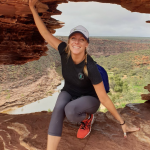 Lindsay started her career in journalism but quickly moved into the travel industry with a focus on adventure, wellness and luxury travel. She has visited over 60 countries and is a certified specialist with the Australia, New Zealand, Fiji, Cook Islands and Tahiti tourism boards. She also specializes in organic skincare and has been working with ishga Organic Skincare to promote the benefits of seaweed throughout the US. 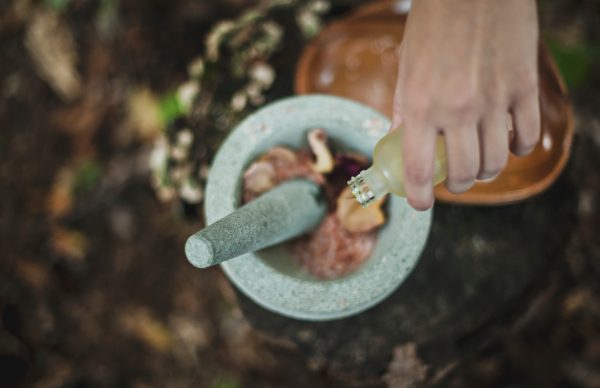 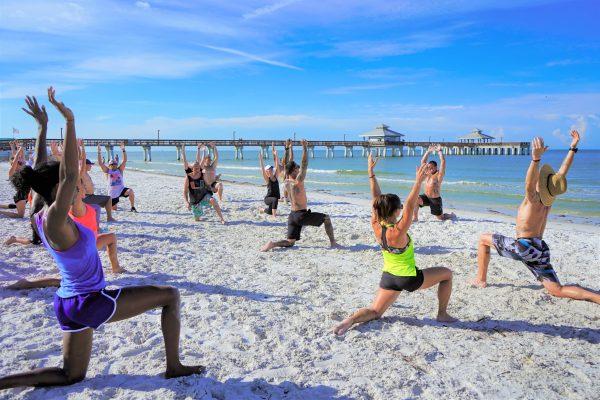